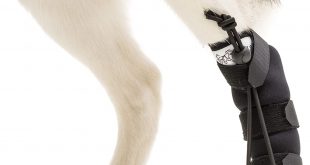 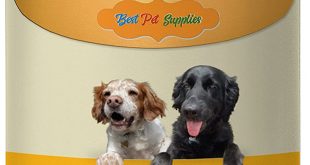 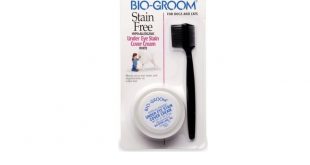 Contrary to popular opinion, fleas don’t just affect dogs in the summer. They can attack and cause an infestation any time of the year. These pesky little creatures just need a nice, warm, furry host and they could check in for months without leaving.

Unfortunately, fleas aren’t just annoying. They can cause a number of health problems for your dog. Dermatitis, anemia, hair loss, and inflammation are just a few things to worry about. Luckily, there’s something on the market that can scare these fleas away: Advantus Soft Chew Flea Treatment for Dogs.

What is Advantus Soft Chew?

Advantus Soft Chew is a fast, tasty solution to all of your dog’s flea problems. It’s a chewable, easy-to-use tablet that is made for everyday use. Advantus Soft Chew works within hours of administration and begins killing off fleas that are annoying your pup.

The entire secret behind Advantus Soft Chew’s magical effects lies with this active ingredient. How does it work? Well, let’s think of it this way. What do fleas need to do in order to survive? They need to eat, move, and reproduce, right?

Well, what if we stopped all of that? That’s exactly what Advantus Soft Chew does. The active ingredient, imidacloprid, goes to work on certain receptors inside the fleas’ bodies. These receptors are responsible for the fleas’ entire nervous system.

Once Advantus Soft Chew has latched onto those receptors, the fleas’ nerve cells can no longer transmit signals. In other words, they become completely paralyzed. The fleas can’t eat, move, or reproduce.

Sooner or later, they just wither away and die. The great thing about this mechanism of action is that it cuts the fleas’ lifecycle short. Other products on the market might slowly kill the adult fleas, but by the time they’re dead, they’ve already produced another stage in their lifecycle.

Advantus Soft Chew, on the other hand, cuts the lifecycle short, making sure the fleas are paralyzed and unable to reproduce.

There are two types of Advantus to choose from. One for small pups and one for big dogs. The main difference between them is the number of active ingredients in each soft chew.

For small dogs, 7.5mg of imidacloprid is enough. Bigger dogs, on the other hand, require a much higher dose, and therefore, you’ll need the 37.5mg dose of Advantus Soft Chew. Make sure not to mix up the two bottles because one of them is 5 times more powerful.

How to use Advantus Soft Chew 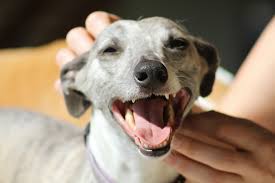 Unlike most flea treatments on the market, Advantus Soft Chew is super easy to use. All you have to do is feed one of those delicious soft chews to your pup straight out of your hands. You won’t even have to chase your dog around the house to get it to take its medicine.Advantus Soft Chew is more like a tasty treat and your dog will probably bark for seconds. This will make administration much easier because if there’s one thing dog owners have agreed on it’s that dogs simply won’t stay put and take their medicine.

Ideally, Advantus Soft Chew begins working within an hour of administration. The important thing to remember before giving your dog a tablet is that the dose is weight-dependent. That means you should weigh your dog before picking which bottle of Advantus Soft Chew to use.

If your dog weighs between 4 and 22 pounds, you should give it just one tablet of the 7.5mg Advantus Soft Chew bottle. That’s the one for small pups.

On the other hand, if your pup is all grown up and weighs somewhere between 23 and 110 pounds, you should use one tablet of the 37.5mg Advantus Soft Chew bottle. Don’t forget to keep an eye on your dog and make sure it swallows the tablet.

Advantus Soft Chew should only be used for pups 10 weeks of age or older.

Normally, after reading about something that can cause paralysis in fleas, you might be a bit worried about your dog. What if the same thing affected my pup, too? How come it only harms the fleas without affecting my dog? Good questions.

The one thing you should know about Advantus Soft Chew is that it’s perfectly safe. There’s absolutely nothing to worry about.

Advantus Soft Chew is extremely selective which means it specifically targets the receptors that are found in fleas and doesn’t go anywhere near your pup’s nervous system.

When it comes to side effects, pretty much every medicine in the world has potential effects. It might have a one in a million chance of happening but the manufacturers still have to report it.

Advantus Soft Chew is extremely safe and there’s very little chance of side effects manifesting. However, being the responsible pharmaceutical legend that it is, Bayer still decided to mention a few minor side effects like vomiting, decreased appetite and energy, and some soft stools.

That being said, don’t worry about your pup at all. Unless it’s uniquely sensitive to the active ingredients in Advantus Soft Chew, there’s very little chance of any adverse effects showing up.

While Advantus Soft Chew does taste like beef, which dogs seem to love, by the way, it doesn’t contain any actual animal protein! This is important because some pups are highly sensitive to certain types of protein.

Advantus Soft Chew doesn’t run the risk of protein allergies unlike other flea treatments on the market.

Available Over the Counter

One thing you might be relieved to hear is that Advantus Soft Chew can be found off-the-counter at your local pharmacy. That means you don’t need a prescription from the vet to buy it. While this is extremely convenient, this also proves just how safe it is.

The majority of medicines that are potentially dangerous or have likely side effects are classified as prescription-only medications. This means you can’t buy them without a vet’s approval or prescription.

Advantus Soft Chew, however, is completely safe and can be bought at your local pharmacy or pet store.

Advantus Soft Chew goes to work within an hour of administration. As soon as your pup takes the soft chew, the imidacloprid goes to work on the nervous systems of those pesky fleas. They start getting paralyzed and before you know it, they’re all dead.

It takes about 4 hours for the Advantus Soft Chew to reach an efficiency of 96% percent, eradicating almost all fleas in your dog’s fur.

Symptoms- How to know you need Advantus Soft Chew

Just because Advantus Soft Chew is safe and effective doesn’t mean you should give it to your dog without being sure it’s needed. There are symptoms you can look for that’ll help you determine whether or not your pup has a flea infestation.

Luckily, as annoying and painful as fleas are, they’re actually super easy to spot. All you have to do is carefully inspect your pup’s fur. If you see tiny little creatures jumping around from one place to another, those are probably fleas! Next, it’s Advantus Soft Chew to the rescue!

The main areas you want to focus on are the abdomen, tail, head, and the area between the shoulders. Those are most commonly flea-populated areas in your dog’s coat.

Of course, with something as serious as a flea infestation, you can’t just rely on the naked eye. You need a few more symptoms or clues that indicate you’ll need a dose of Advantus Soft Chew.

Other Symptoms and Clues

In addition to being extremely annoying, flea infections don’t just go away. Unlike a common cold, they’re not self-limited. You have to face the problem and treat it or suffer from the complications. This is why you shouldn’t wait too long before addressing the infection.

Advantus Soft Chew should be administered as soon as possible to help prevent some of the more serious complications such as:

A Word about the Company

Advantus Soft Chew is manufactured by Bayer, a legend and leader in the pharmaceutical field. Bayer has been making top-grade medicines for both human and veterinary use for over a century.

The company uses the best equipment and the latest technology to make sure its products are up to the latest standards. Advantus Soft Chew is just another of their many great achievements!

Can I use Advantus Soft Chew with other products?

The annoying thing about fleas is that they tend to attract other pesky parasites when they invade your dog’s body. You might suddenly find yourself with more than one infestation on your hands.

For example, you have to deal with heartworms or tapeworms on top of the flea problem. Fortunately, unlike most flea treatments, Advantus Soft Chew doesn’t interact with deworming or worm-preventing medications.

Can I use Advantus Soft Chew to prevent flea infestations?

Think about it. Advantus Soft Chew works by paralyzing the fleas that have already sunk their teeth into your dog’s fur. How can it prevent ones that still haven’t found their way onto your pup?

Advantus Soft Chew also has no effect on fleas in the environment which means it’s important to keep your pup’s surroundings clean and flea-free at all times.

That being said, if your pup does happen to be reinfested after some time, it’s a smart idea to keep a few tablets of Advantus Soft Chew handy to quickly end the infection.

How long do I have to keep using Advantus Soft Chew?

It depends on your dog’s environment. Since Advantus Soft Chew only treats flea infections but doesn’t prevent them, there’s nothing stopping fleas in the household from jumping onto your dog’s fun for round two.

Typically, the longest dosing regimen you’ll need is about 30 days of Advantus Soft Chew. This will guarantee that you’ve eradicated pretty much every flea on your dog’s body.

However, there is a sign you can look for that’ll indicate the medicine is working. If you start seeing more fleas on your pup’s coat, especially if they’re inactive, that means Advantus Soft Chew is working its magic.

That’s because as fleas die, they tend to rise to the top of your dog’s fur coat. This is why seeing more fleas at first is a good sign!

What happens if I miss a dose of Advantus Soft Chew?

Since Advantus Soft Chew is usually a single-dose cure for flea infections, it’s not a big deal if you forget a dose. You can just administer a soft chew whenever you remember.

The important thing to keep in mind is that you should never give your dog two doses at once.

I heard there’s a topical form of Advantus, can I give that to my dog orally instead?

Absolutely not. While both Advantus Soft Chew and Advantus topical solution have the same active ingredient, they’ve both been formulated differently. One works after being absorbed from the stomach while the other works upon contact with your dog’s skin.

You should only administer the Advantus Soft Chews orally.

The main reason dog owners love Advantus Soft Chew is that it works quickly and efficiently.  Within an hour, the fleas start dying. Within four hours, your pup is pretty much infection-free. All of this happens with just one tiny little soft chew.

The best part is that your dog is none the wiser. It thinks you’re rewarding it with a treat while it’s actually taking its medicine. Everybody is happy and your pup is free from those pesky unwanted guests.

Treating your dog’s flea problem has always been a hassle. Not only do dogs never stay put but you usually have to chase them around and force them to take their medicine. With Advantus Soft Chew, however, your dog will practically ask for more.

You won’t have to apply any topical solutions or make a big mess. Just give your pup a soft chew and you’ll get rid of all your flea problems in a single dose.