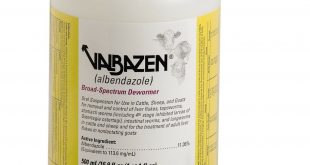 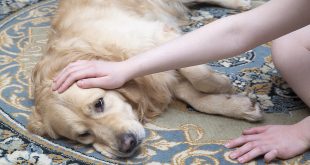 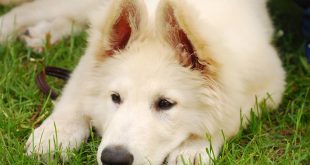 Take it from a fellow dog owner, worms are no picnic. They’re disgusting and unpleasant. Even worse, they’re pretty much unavoidable. No matter how hygienic your pup is and no matter how well you take care of its environment, it always finds a way to get infected.

To be fair, it’s not really your dog’s fault. These pesky worms are everywhere, even in dirt and soil, which your pup probably plays around in all day. So if prevention isn’t very practical, it’s smarter to have a good deworming medication around, right? Well, Strongid T (Pyrantel Pamoate) is your solution.

Strongid T is a powerful, reliable product that can be used to fight worm infections caused by hookworms, roundworms, and several other annoying parasites. You might have heard of one of Strongid’s other names, such as Nemex, for example.

Strongid is quite popular, regardless of the name it’s marketed under. If this is the first time you’ve heard of this wonder drug, you might need more information before you decide it is right for your dog. Well, here’s everything you need to know. 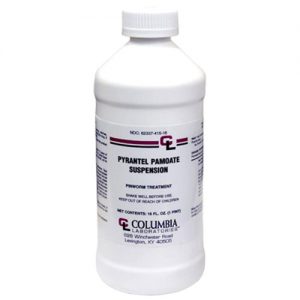 Strongid is one of the many trade names given to the active ingredient pyrantel pamoate. Strongid just happens to be one of the more effective and trusted brands to be licensed. Long-time dog owners think Strongid is a miracle invention but to be honest, it’s not.

Pyrantel has been on the market for a really, really long time. To be precise, pyrantel has been around since 1965. It’s had over half a century to prove its efficiency against hookworms, roundworms, and several other parasites.

Having proven itself, again and again, pyrantel, the active ingredient in Strongid was eventually added to the World Health Organization’s List of Essential Medicines. This just proves how important and irreplaceable Strongid is to the veterinary world.

How does Strongid work? 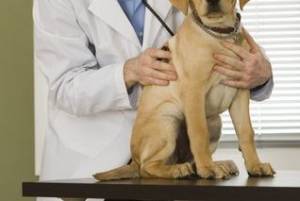 Sure, Strongid gets rid of worms in dogs, cats, and other species, but that’s just a vague description. Dog owners always want to know exactly how something works before they give it to their precious pups. Well, here’s Strongid’s mechanism of action for all our mini-vets out there.

First off, when your dog ingests Strongid, the medicine quickly goes through its gastrointestinal system looking for hookworms, roundworms, or any kind of unpleasant, wormy parasite. Once it finds its target, it latches on and doesn’t let go.

There are special receptors on worms’ bodies that Strongid looks for specifically. Once it’s engaged these receptors, the worms become paralyzed. How? It’s quite simple. Imagine you’re trying to show off your biceps. How long can you flex them and hold in that position? Not very long, right?

After a few seconds, it’ll become painful and start to cramp up. Well, that’s exactly what Strongid does to a worm’s body. It causes it to contract and then keeps it that way. No release. This state of constant, forced contraction eventually turns into what’s called “spastic paralysis”.

The worms literally become paralyzed and are forced to release their grip on your pup’s intestinal walls. After that, Strongid’s role is done. The rest is up to your dog to push, or poop, the paralyzed worms out of its system. See, Strongid is pretty effective, but it has a simple mechanism of action.

Safety profile and Side effects of Strongid

Now that you’ve heard about how Strongid works, the word “paralysis” might be making you a bit nervous, right? What if Strongid could hurt your pup instead of the worms? How safe is Strongid exactly? Well, you’re a good dog owner if these thoughts have crossed your mind but don’t worry, Strongid is perfectly safe.

There’s no chance Strongid can harm your pup instead of the worms and there are several reasons why. For starters, Strongid is very specific. That means it targets special receptors that are only found on worms’ bodies, not your pup’s intestines.

That’s not all. Another unique thing about Strongid is its poor solubility. That means it can’t pass through your pup’s gastrointestinal tract into the bloodstream very easily. This is why it doesn’t have that many side effects.

Sure, there’s always a very small possibility it could cause nausea or vomiting, but have you heard of a drug on the market that doesn’t come with those side effects?

Perhaps you’ll be more at ease to know Strongid is considered safe for use in pregnant and nursing dogs. This says a lot about its safety profile because pretty much everything is forbidden or contraindicated during pregnancy and lactation.

Another thing you’ll probably appreciate is that Strongid is FDA-approved. It’s also an off-the-counter medication which means you don’t need a prescription to buy it. Most safe medicines fall under the same category. See? Strongid is as safe as it gets.

How to use Strongid 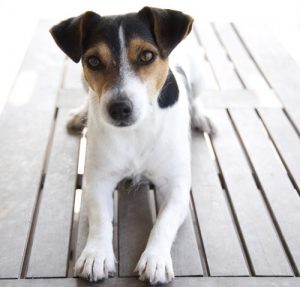 Strongid might seem like this incredibly complicated miracle drug, but it’s actually quite easy to use. Generally speaking, Strongid can be given at a dose of 2.5-5mg per pound of body weight.

Now comes the difficult part that most dog owners worry about, how do you trick your pup into taking the medicine? You don’t. That’s the great thing about Strongid. It comes in a delicious caramel flavor that almost all pups love! You won’t have to coax your pup into taking its doses, it’ll practically ask for them!

You can give your pup Strongid directly or you can simply add it to food and mix it in. The important thing, however, is that as soon as you grab the bottle, you shake it. Since it’s an oral suspension, the active ingredients in Strongid tend to collect at the bottom of the bottle.

By giving it a good shake before use, you’re redistributing the active ingredient throughout the bottle for nice, even doses.

How long you use Strongid is just as important as how much you administer. To make sure you don’t leave behind any residual eggs or worms, you’ll want to give another dose of Strongid after 2-4 weeks.

As for pregnant mothers, you should give them a dose a few weeks before they’re expected to deliver their pups. This helps make sure the infection isn’t passed on to the young ones.

Once the puppies have arrived, you’ll want to give the mother pup another dose in 2-3 weeks. You don’t want the infection to get passed on during nursing.

Puppies, on the other hand, require a more intense dosing schedule because they’re extremely susceptible to hookworms and roundworms. In most cases, you’ll need supplemental doses at ages 2, 3, 4, 6, 8, and 10 weeks old.

After administering Strongid, make sure to store it away from children’s hands and puppies’ paws. It doesn’t require refrigeration, just keep it in a nice, room-temperature place without any light exposure.

How Quickly does Strongid work?

Strongid is pretty effective. The moment it enters your pup’s body, it gets to work within an hour or two. The problem, of course, is that you won’t notice any immediate improvement. It takes a while for the paralyzed worms to get excreted from your dog’s body.

It also depends on how severe the infection is and the number of worms in your dog’s body. Once your dog’s completely worm-free, you’ll need to carry out a few standard lab tests for confirmation.

As a general rule of thumb, the more effective and popular a drug is, the more it’s researched and the more likely some drug interactions will be recorded. It’s not very likely that your pup might be taking any of these drugs but if it is, you might want to check with your vet about interactions.

Which Infections does Strongid work against?

While Strongid may have a wide spectrum of activity, no one drug does it all. To each its specialty, right?  Strongid is extremely effective against hookworm and roundworm infections. These worms are naturally susceptible to pyrantel, the active ingredient in Strongid.

However, in the case of tapeworms or whipworms, you might want to consider a different drug or a supplemental treatment along with Strongid. It’s not the most effective when it comes to these types of worms.

Symptoms of Worm infections- When does your dog need Strongid? 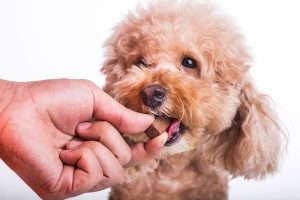 Before you decide your dog needs a dose of Strongid, you first need to make sure it has an infection. While there are several tests your vet can perform, they usually start with examining the main signs and symptoms of a hookworm or roundworm infection.

While symptoms can vary according to the severity of the infection and your dog’s age, there are general signs you should look out for. Based on these signs, your vet might decide if you need Strongid.

If you notice your pup looks less vibrant, less energetic, and overall less healthy than usual, it might have a worm infection. Coats that suddenly lack luster can often indicate malnutrition, which is quite common with hookworms and roundworms.

While worms are usually GIT-related, in some rare cases, their larvae can find their way to your pup’s lungs. If this happens, complications like pneumonia and trouble breathing can occur. This definitely warrants a dose of Strongid.

Another rare complication that occurs with roundworms is a potbelly appearance. If you notice your dog’s stomach is abnormally round or balloon-like, you should ask your vet about administering Strongid.

Can I use Strongid for my other pets, too?

Technically speaking, Strongid’s active ingredient, pyrantel, can be used in several animal species. People have tried it with cats, rodents, rabbits, and even horses and it’s been pretty effective. That being said, those are called off-label uses.

Hundreds of people have used it on animals besides dogs and it’s been proven reliable and safe. In fact, pyrantel is even used for humans. It really comes down to your better judgment.

Strongid is marketed for treating worm infections in dogs and therefore, its safety profile and efficiency were only tested for dogs.

Can I use Strongid to Prevent Worm Infections?

Strongid is mainly used for treating worm infections, not preventing them. Think about it, if the worms aren’t there to being with, what’s Strongid going to paralyze? That being said, even after you’ve gotten rid of those pesky worms, your vet might want you to follow up with a few more doses of Nemex.

This is meant to get any residual worms that might be hiding or new ones that have recently developed from larvae.

What happens if I miss a dose of Strongid?

No fuss. If you miss a dose of Strongid, just give your dog the dose as soon as you remember. However, there’s a catch. Never give two doses simultaneously or in close proximity to each other.

If you remember a dose right before the next one is scheduled, then just give one of them. Despite being quite safe, you don’t want to give your dog too much Strongid.

A word about the Company

The mother company behind this wonder dewormer is Zoetis Animal Health. True to its vision, Zoetis has been manufacturing veterinary products to improve our pets’ lifestyle for decades.

Their name originates from the words “zoology” and “zoetic” which roughly translate to “pertaining to animal life”. They specialize in anything and everything that’ll keep our favorite furry friends healthy and happy!

It’s not easy to keep your dog away from the soil, dirt, and other potentially contaminated environments. At some point or another, it’s bound to catch some kind of worm infection. Always be on the lookout for signs and symptoms and have a bottle of Strongid handy.

It is one of the best deworming medications you can find on the market especially when it comes to hookworms and roundworms. Worms might be frustratingly unavoidable, but it’s good to know you’ve got the best of the best for treatment.

Whipworms, hookworms, tapeworms, and roundworms are common parasites that affect dogs. When your doggie is …