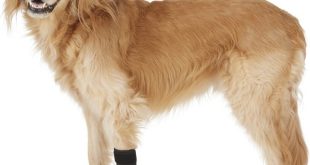 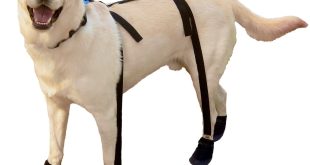 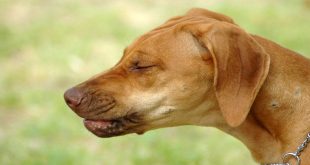 It can be uncomfortable and unpleasant living with a dirty dog.  Certain dog breeds are smellier and dirtier than others depending on their grooming habits, amount of drool, frequency of infections, and skin type. Here is a list of the dirtiest dog breeds. Conditions such as excessive Tear Staining can also cause your dog to look dirty even after a bath. Tylosin Powder is the most effective solution for the treatment of Tear Stains in dogs.

The Yorkshire Terrier, nicknamed the Yorkie, was developed in Yorkshire, England during the 19th century. Scottish workers came to Yorkshire during England’s Industrial Revolution bringing with them Clydesdale Terriers, which were much larger than the modern day Yorkie.

The Clydesdale Terrier was used to catch rats in the mills. Yorkies descended from the Clydesdale Terrier which was crossbred with other types of terriers. The Yorkie is a small dog breed and has a long haired coat which can quickly become stinky. Their skin is very oily so they must be bathed regularly. Additionally, proper dental care is necessary because Yorkies are prone to oral infections. Their stinky fur and breath make Yorkies one of the dirtiest dog breeds.

The Basset Hound was bred for hunting small animals such as rabbits. The name basset comes from the French word bas which means low. Basset Hounds are very close to the ground. This dog breed has an amazing sense of smell. They were bred to hunt by following the smell of their prey. The Basset Hound is known for being a smelly dog breed. At first sight what is often most noticeable about Basset Hounds is their short legs, long ears, and excessive drooling.  Their ears are very long and hang towards the ground.

They are prone to ear infections and have stinky skin. To prevent infections their ears must be cleaned regularly. Basset Hounds even have smelly armpits that can become infected with fungi. Since they drool a lot, their skin often becomes wet. If their skin remains wet, it becomes smelly. Their skin tends to have a lot of wrinkles which are prone to infection if not cleaned often and thoroughly. Basset Hounds were bred to have wrinkles in order to capture the scent of the game they were tracking.

Additionally, they were bred to have low-set ears so that as they drag their ears on the ground, they pick up scents. However, these features make the Basset Hound one of the dirtiest dog breeds.

Similar to the Basset Hound, the English Bulldog drools heavily. The breed has the name “bull” because of the dog’s involvement in bull baiting. Since they were used for bull baiting, they were bred to have muscular, stocky bodies. Bull baiting became banned in England in 1835 when the Cruelty of Animals Act was passed. The legislation protected bulls, dogs, sheep, and bears from mistreatment. Bulldogs are known for their sturdy bodies, loose, wrinkled skin, large heads, and massive jaws.

These dogs are prone to skin infections and allergies because of the many folds in their skin. They sometimes become infected with skin conditions that have a foul scent. Furthermore, Bulldogs are known to be very gassy. The English Bulldog can become very stinky, thus they are one of the dirtiest dog breeds.

If you are fastidious about cleanliness, the dog breeds listed are not for you. However, when groomed and maintained well these breeds are great to live with.

We are all familiar with the typical smell of dogs. But actually, not all breeds have a distinct doggy odor. The cleanest breeds are those who have low-shedding, hypoallergenic coats or whose coats have low to no odor. Here is a list of some of the cleanest breeds.

The Basenji is one of the cleanest dog breeds. They were originally from the Democratic Republic of the Congo. In Central Africa they were bred as hunting dogs. Basenjis use their excellent sense of smell and sharp sight to hunt. They are one the smallest hounds, their height ranges from sixteen to seventeen inches.  What makes the Basenji one of the cleanest dog breeds is the fact that they groom themselves like cats. Basenjis require minimal grooming from their owners. Because of their short haired, smooth coats, they do not shed often; therefore, they lack the common doggy odor.

The Basenji is also a great dog for people with allergies. An interesting characteristic of Basenjis is that they are not able to bark, thus the Basenji has the nickname the “barkless” dog. They are physically unable to bark because of the shape of their larynx. However, they are able to make sounds, such as a howl or yodel. In addition to being quiet, Basenjis are very easy to groom, so owners rarely have to clean up the fur of Basenjis from furniture, carpets, or other surfaces.

Similar to Basenjis, Chow Chows are known for their self-grooming habits. The Chow Chow, one of the oldest dog breeds, was originally from Mongolia and Northern China. Chow Chow owners report that the dogs’ coats have no doggy odor. However, Chow Chows do shed a lot and after being outside and laying around in the dirt and grass, they can collect a lot of debris on their thick coats and carry it into the home. Therefore, it is important that owners brush their Chow Chows regularly.

Poodles are known for having very little doggy odor. The origin of the poodle is disputed. They are thought to have originated in Germany. They come in three different sizes: toy, miniature, and standard. The standard is the oldest poodle size. The toy and miniature were created for people who wanted a smaller sized poodle. This dog breed has a hypoallergenic, non-shedding coat.

Its hypoallergenic coat makes the dog suitable for people with allergies. Poodles do not shed because they have a single layer of hair, rather than a double layer of fur which is what most breeds of dogs have. Since the Poodle grows hair, it does not shed much. However, because Poodles can grow long curly hair, it is important that they are groomed often in order to prevent their hair from getting knotted.

The Greyhound is one of the cleanest and most ancient dog breeds. This breed originated from the Middle East and North Africa. Cleopatra was even a fan of Greyhounds. The dog breed is known for its speed, grace, and keen eyesight. They are able to follow and catch game quickly. Greyhounds are easy to groom. Due to their short haired coat, they do not shed often and do not have the typical doggy odor. Greyhounds are known for having a low energy level. Since the dogs are often idle, they do not get into messes. Therefore, a tidy and clean home will stay that way with a Greyhound.

Although the dog breeds listed have relatively low-maintenance coats, owners must still groom their pets regularly. Ultimately, if dogs are groomed properly and bathed regularly they will be clean.